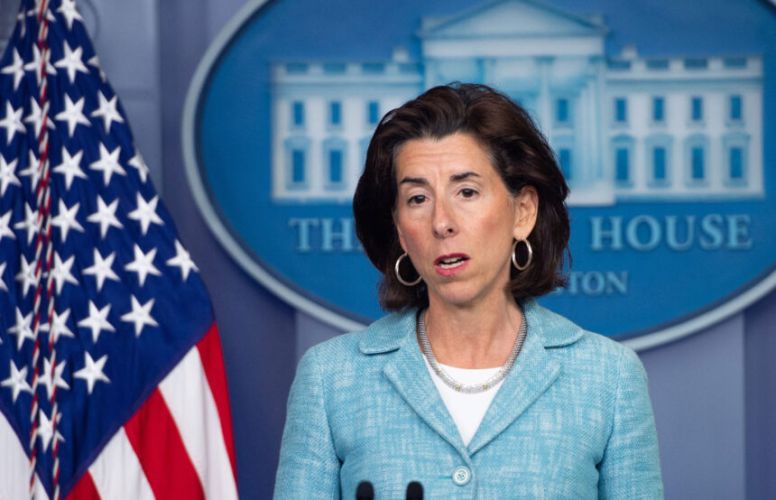 US tech companies that receive federal funding will be barred from building “advanced technology” facilities in China for 10 years, the Biden administration has said.

The guidelines were unveiled as part of a $50bn (£43bn) plan aimed at building up the local semiconductor industry.

It comes as business groups have pushed for more government support in an effort to reduce reliance on China.

They are faced with a global microchip shortage which has slowed production.

“We’re going to be implementing the guardrails to ensure those who receive CHIPS funds cannot compromise national security… they’re not allowed to use this money to invest in China, they can’t develop leading-edge technologies in China…. for a period of ten years,” according to US Commerce Secretary Gina Raimondo., explaining the US Chips and Science Act.

“Companies who receive the money can only expand their mature node factories in China to serve the Chinese market.”

The US and China are locked in a long-running dispute over trade and technology.

In August, US President Joe Biden had signed a law committing $280bn (£232bn) to high tech manufacturing and scientific research, amid fears that the US is losing its technological edge to China.

The investments include tax breaks for companies that build computer chip manufacturing plants in the US.

The US currently produces roughly 10% of the global supply of semiconductors, which are key to everything from cars to mobile phones, down from nearly 40% in 1990.

The Chinese Embassy in Washington had opposed the semiconductor bill, calling it reminiscent of a “Cold War mentality.”

Some US chipmakers are already experiencing the impact of Washington’s crackdown on selling US technology to China. Earlier this month, Nvidia and AMD were told by US officials to stop the sale of artificial intelligence chips to China.

Dan Ives of Wedbush Securities called the restrictions a “gut punch” for Nvidia.

“This is really a shot across the bow at China and it’s really going to fan those flames in terms of geopolitical (tensions),” Mr Ives had told teh BBC.