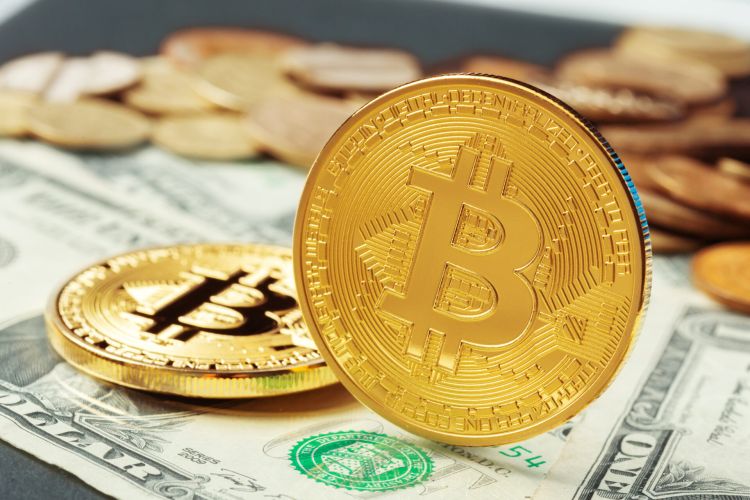 Bitcoin briefly fell below $21,000 on Tuesday in Asia before bouncing back slightly, continuing its plunge as investors sold off risk assets.

The world’s largest cryptocurrency was down around 7% and trading at $22,531.22 at around 05:13 a.m. ET, according to Coindesk data. Bitcoin is trading at its lowest level since late 2020. Other digital coins including ether tumbled were also sharply lower.

The market capitalization for cryptocurrencies slipped below $1 trillion on Monday for the first time since February 2021, data from CoinMarketCap showed. Around $200 billion has been wiped off the market since Saturday.

“Everything is on fire right now, be it the equities, be it the crypto assets or anything,” said Nirmal Ranga, head of trading and technical analysis at crypto exchange ZebPay.

“What you’re seeing in the market is … fear, uncertainty and doubt. Technically, markets look oversold and there has to be some floor that we’re going to hit in bitcoin in the coming future,” he told CNBC’s “Street Signs Asia.”

Crypto assets were hammered on Monday after crypto lending platform Celsius paused withdrawals, speaking fears of a solvency issue at the company which could spread to other parts of the market.

Celsius said withdrawals, swaps, and transfers between accounts would be halted because of “extreme market conditions” and that the move was meant to “stabilize liquidity and operations.”

“We are taking this action today to put Celsius in a better position to honor, over time, its withdrawal obligations,” the company said in a memo.

Then one of the world’s largest cryptocurrency exchanges Binance stopped withdrawals.

Meanwhile, Binance, the world’s largest crypto exchange, halted bitcoin withdrawals for over three hours “due to a stuck transaction causing a backlog.”

Crypto lender BlockFi also slashed jobs as the impact of the market turmoil filters through to companies.

The crypto sell-off comes as investors broadly shunned risky assets against a backdrop of fears over a potential global recession as major central banks around the world hike interest rates to tame inflation.

Policymakers at the U.S. Federal Reserve are now contemplating the idea of a 75-basis-point rate increase later this week, according to CNBC’s Steve Liesman. That’s bigger than the 50-basis-point hike many traders had come to expect. The Wall Street Journal reported the story first.

Bitcoin has fallen nearly 70% from its all-time high in November 2021.